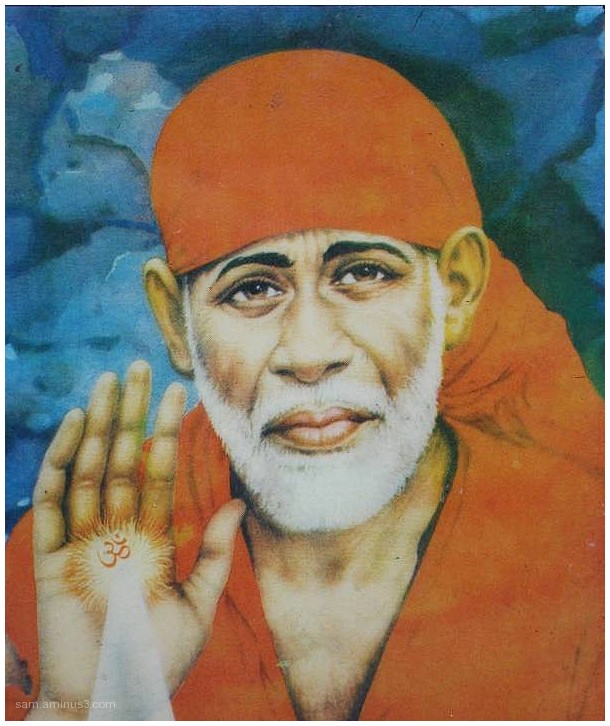 Shirdi Sai Baba ( 1837 – October 15, 1918),
Shirdi Sai Baba was an Indian guru, yogi, and fakir who is regarded by his Hindu and Muslim devotees as a saint. He is a well-known figure in many parts of the world, but especially in India, where he is much revered.
Sai Baba remains a very popular saint, and is worshiped by people around the world.
His sole concern was self-realization. He taught a moral code of love, forgiveness, helping others, charity, contentment, inner peace, and devotion to God and guru.
In India, its a common sight to find a Sai Baba temple in any city or town, in every large city or town there is at least one temple dedicated to Sai Baba.

@Chantal: Thank you very much, Chantal :)

He looks to be a kind soul

@CElliottUK: Yes. He was a very kind soul. Thank you very much, Chris! :)

Great capture. Thank you very much for the interesting explanation ! Have a lovely sunday Sam :)

@Tamara: Thank you very much. Have a lovely day Tamara :)

A fine portrait of this revered fellow. A strong capture of his personality which seems to come through the image.

Great photo of him ! Thank you for explaining who he is !

@Mhelene: Glad you like it. Thank you very much, Mhelene. :)

@tataray: Glad you like it. Thank you very much, Tataray :)

marci from in, Morocco

great capture of this portrait!

Great picture of this artist's view on the Saint. He had many moral values which
we all should cherish. Superb.

@Phil David Morris 2011: Glad you like it. He was known for his simplicity and love to People.
Thank you very much, Phil. :)

He has kind eyes.

@Julie Brown: He was very kind. Thank you very much, Julie. :)

A beautiful portrait. It is a wonderful work of art.

@Laurette: Thank you very much, Laurette. :)